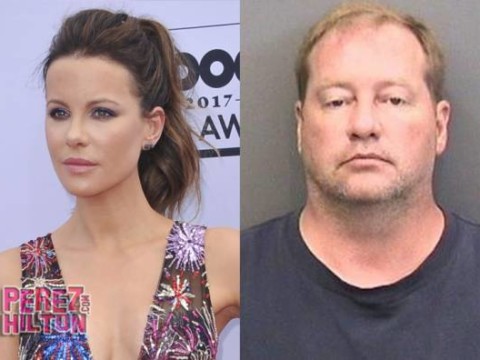 Kate Beckinsale was forced to postpone an appearance at Tampa Bay Comic-Con on Saturday because of what was at the time termed as an “overzealous fan” who had to be booted from the premises.

According to police reports and law enforcement sources, 45-year-old Terry Lee Repp has been following Beckinsale around the country for more than a year, and he threatened to stab her before being arrested at Comic-Con in Tampa.

Cops had been told to be on the lookout for him at the event on Saturday because of his LONG history following Kate, and when he showed up, officers pounced — with one particular police officer doing a very good job of recognizing Repp before he got close to Beckinsale.

Repp’s history with Beckinsale goes back a LONG way. He apparently physically touched her — and threatened to stab her — at an event in 2016, and ran into her later that year at another event. He was arrested by cops both times.

“…appears to have an irrational obsession with the victim and has traveled across the country in an effort to harass her.”

This kind of stuff is horrifying and nobody deserves to be treated like that by a stalker.

Good for the police for working so hard to get Repp in line, but it’s chilling to think that he almost certainly won’t give up his pursuit.

Van Plows Into Pedestrians In Barcelona As Part Of A Terrorist Attack — Latest...