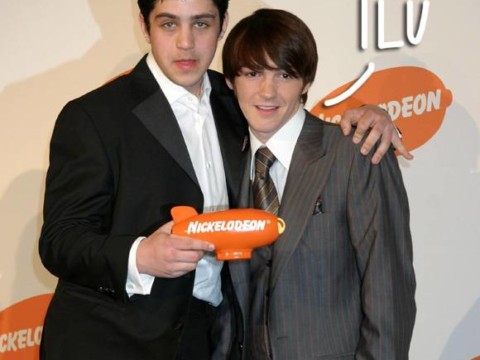 Brothers fight even when they don’t mean it!

On-screen bros are no exception, as Drake Bell reveals he definitely shouldn’t have called out Josh Peck on Twitter after not being invited to his former costar’s wedding.

Back in June, Peck tied the knot with Paige O’Brien in front of family, friends, and John Stamos — and social media users could help but notice his Drake & Josh costar was nowhere to be found.

Photo: Drake’s Shredded Abs Serve As A Big F U To Josh!

Bell noticed, too, and made his thoughts about being snubbed loud and clear for everyone to see. He tweeted:

“True colors have come out today. Message is loud and clear. Ties are officially cut. I’ll miss you brother.”

Bell’s dramatic tweets were deleted a day after he posted them — and looking back, he realized he probably shouldn’t have made his frustrations public to begin with!

In a Facebook Live chat on Saturday, the 31-year-old admitted he was just really hurt by not receiving an invite and hearing about the event on social media.

Chatting with Entertainment Tonight, he explained:

“We’ve been together 18 years, Josh and me, me and Josh. We’ve been so close, it was just one of those things where you know, I’d been talking to him, and he’s been telling me about the engagement. And then I saw on social media, the wedding, and I didn’t hear about it. So, it was just one of those things where it was just like, ‘You didn’t even tell me?! I had to find out on social media?’ And then you’re like, ‘You know what!? Fine!'”

But after his reaction declaring their brotherhood over for all the internet to see, Bell confessed he was actually “just being cranky.” He continued:

“And then I’m like, wait, I probably shouldn’t have done that. I should have just texted that to him, you know. I was just being cranky. It is what it is, dude. I love the kid. No hard feelings.”

As for the future of Drake & Josh, the Give Me a Little More Time singer revealed he’s open to reunite with his Nickelodeon brother on the small screen, adding:

“I would love to do [a Drake & Josh reunion.] I would love to. If there’s time, if it’s in our schedules and it’s right, I would jump in it in a second.”

Though Bell and Peck haven’t talked about an onscreen reunion, the rocker confirmed they have since made up over the wedding drama — as they’ve been conditioned to resolve their differences in a 30-minute sitcom structure.