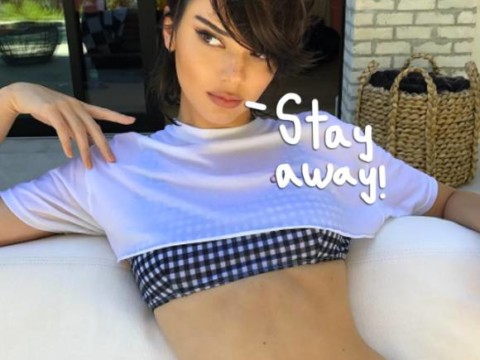 Kendall Jenner does NOT want your love letters, especially if they’re creepy AF.

On Wednesday, it was revealed that the KUWTK starlet was granted a restraining order against a fan, named Thomas Hummel, after his missives turned hostile. Apparently, Mr. Hummel’s letters to the supermodel were at first just declarations of love, but then transitioned to aggressive notes where he called her “an internet whore.”

This information and a written statement from Kenny’s head of security was presented to a judge by the A-lister’s attorney, Shawn Holley. Unsurprisingly, the judge granted Miz Jenner a permanent restraining order against Thomas. It’s said the RO will last for three years and ensures that Hummel will stay 100 yards away from Kendall. The obsessive fan is also not allowed to contact Kris Jenner‘s daughter at all during this period and CANNOT own guns.

We’re sure Kendall feels a lot safer now that she’s locked in this restraining order. We know that’s how’d we feel!