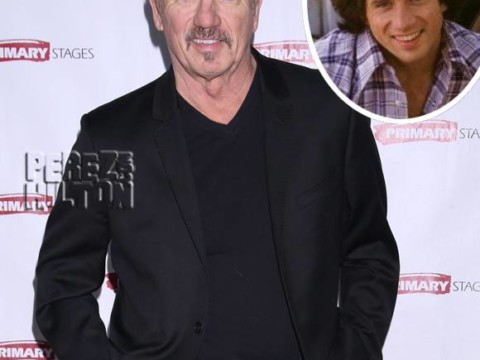 As Luke Duke, Tom Wopat was always one step ahead of the law.

Then again, the hijinks on The Dukes Of Hazzard were mischievous fun, not indecent assault and battery on a woman and misdemeanor drug possession.

According to TMZ, the 65-year-old theater vet is starring in a production of 42nd Street in Waltham, Massachusetts, and grabbed the butt of a woman involved in the play.

She reportedly told one of the bosses at the Reagle Theater that she walked past Wopat then felt his hand on her butt — and not a brush either; she says his finger was all the way between the cheeks! Eww!

According to the police report, another woman involved in the play said Wopat had once grabbed her by the waist and pulled her close.

Another said he peeled at her sunburn. Maybe not sexual harassment, but double eww! Boundaries!

Wopat apparently denied the accusations and angrily stormed out, after which police were called. When they found him Wednesday night, he had a small bag of what they believe to be cocaine on his person, and more in his truck. He was arrested for possession.

The Tony nominee told police he liked to flirt with women but never did anything inappropriate. He denied the butt grabbing altogether, saying the worst he had done was to “lightly touch” a woman’s hip.

On Thursday, Wopat was arraigned and plead not guilty to all charges.

Dukes Of Hazzard Star Arrested For Indecent Assault After Allegedly Sticking A Finger In A Woman’s Butt!

Princess Diana Remembered By Family In Intimate Service On What Would Have Been Her...