Celebrities Latest
Home Abs Beyoncé Enjoys Casual Night Out At The Roller Rink With Jay-Z And... 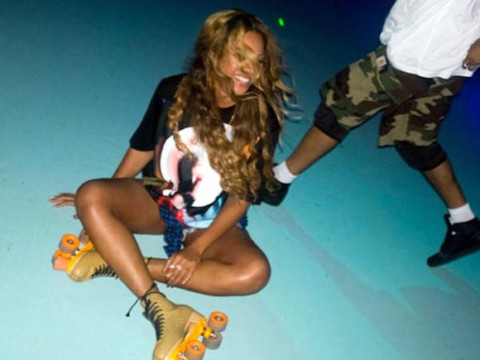 No matter how casual the night may be, Beyoncé always makes it look good!

The superstar and mother went out to World On Wheels on Friday night in Los Angeles, where Jay-Z and a group of friends joined her for some roller skating and fun!

Eyewitnesses captured Queen Bey at the roller rink in images and videos they later posted to social media, and it’s clear people freaked out when they realized she was just casually hanging out at the roller rink.

An eyewitness who was there spoke to E! News about Beyoncé, saying:

“She was laughing and enjoying herself. They came really casual. If you didn’t know who they were they could’ve just fit in the crowd.”

Nevertheless, skaters quickly realized who she was and “began to swarm the floor” to get near Beyoncé. Reports make it sound like Jay-Z did NOT skate, though, opting to stay on the sidelines while Bey did her thing.

Related: Celebs Who Went From Fuckboys To Fab Partners!