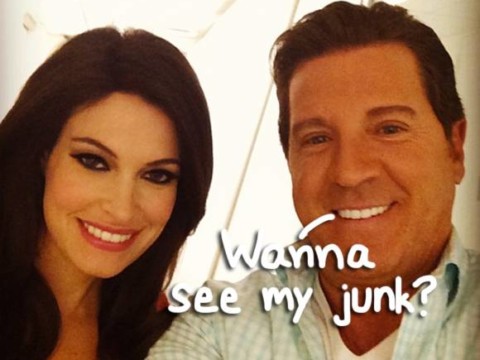 This is fucking gross!!

Fox News host Eric Bolling apparently sent unsolicited texts that included photos of male genitalia to at least two colleagues on Fox Business Network and one more at Fox News according to A DOZEN SOURCES speaking to HuffPost.

Related: Here Is The Next Scandal Trump Will Get Away With

Recipients of the photos confirmed that they had in fact received them during a time period “several years ago” according to sources. The woman were all adamant that they did NOT ask for or solicit the messages, and that Bolling sent them completely without their desire to see those lewd images.

Coming from Fox News itself, a spokesperson responded to the story by saying:

“We were just informed of this and plan to investigate the matter.”

And as for Bolling, his attorney Michael J. Bowe responded to the allegations by saying:

“Mr. Bolling recalls no such inappropriate communications, does not believe he sent any such communications, and will vigorously pursue his legal remedies for any false and defamatory accusations that are made.”

Hmmm…. we saw how well that worked out for both Roger Ailes and Bill O’Reilly in their respective sex scandal issues.

Is Eric Bolling going to be next?!?!

Listen To This: Remember This Time!