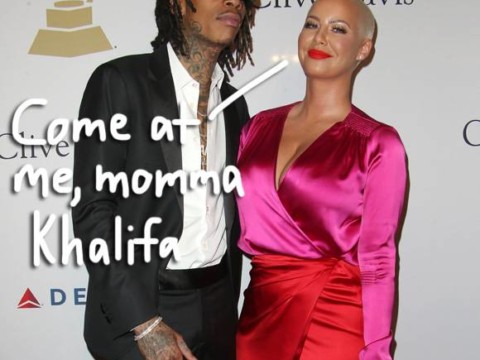 Amber Rose may be on good terms with Wiz Khalifa these days, but the same can’t be said for the entire Khali-fam!

Katie Wimbush-Polk, the rapper’s mother, has filed a defamation lawsuit against the model for allegedly making a profanity-laced phone call accusing her of being an unfit grandmother.

Rose is being accused of launching a tirade against her former mother-in-law to a third party, claiming Wimbush-Polk was responsible for the death of her child.

Wimbush-Polk’s attorney says this accusation “impute(d) criminalty,” which is “incompatible with her status as a grandmother and her status as a volunteer mentoring at-risk youth.”

Rose is said to have made the call on June 19 to a phone linked to Wimbush-Polk’s account. The call connected to a third party, a friend and former employee of Wiz’s mom.

According to the suit, the model “launched into a profane attack” after the caller identified herself, alleging Wimbush-Polk had allowed her own child to die and claimed she was unfit to visit or care for her and Wiz’s 4-year-old son Sebastian.

The call was reportedly made after Wimbush-Polk reported Amber to the California Child Welfare Services. Wiz’s mom denies making the the call, and is suing her former daughter-in-law for damages.

Yeesh. What a mess!