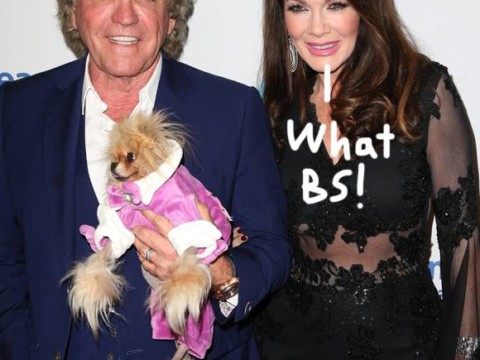 Lisa Vanderpump is passionate about dogs, just not crazy about bitches… as well as lawsuits against her!

According to TMZ, the Real Housewives of Beverly Hills star, husband Ken Todd, and their Vanderpump Dog Foundation are being sued after Ken allegedly assaulted an executive of a non-profit dog rescue!

Related: Is What Happens At The Abbey The Next Vanderpump Rules??

In the docs, Spot Rescue claims Todd got physical when they refused to provide dogs for a fundraising gala due to company policy. The SUR owner allegedly threw the employee against a wall and yelled, “Do you know who I am? I will ruin your life!”

When the director did send pooches to the event, Ken only offered partial payment (of the $64K raised) if the woman didn’t blame him for the assault.

The Bravo diva denies the accusations by saying “it was a beautiful event with friends who donated to the charity” and claims there was never an agreement to split the profits. Allegedly, Spot Rescue only asked for money after seeing the amount raised.