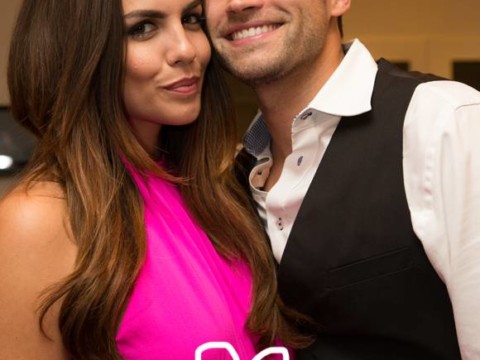 On Tuesday, Vanderpump Rules star Katie Maloney appeared on The Morning Breath podcast where she opens up about her one-year marriage to Tom Schwartz!

Related: Lala Kent Regrets Some Of Her Plastic Surgery!

“[Being married] is amazing. It does [feel different]. The best way to describe it is let’s say in your iPhone, when you get the iOS update. So basically it just automatically updates. And you know it’s still the same phone — it just runs smoother, there’s a few new features. That’s the only way to explain it, because it’s just a whole feeling. It’s hard to articulate.”

We will never look at our iPhone the same way again!

As the couple approaches their one-year anniversary, they’re thinking about going on a romantic getaway!

“I think we’re going to go to Iceland next month. We just need some time to decompress.”

Although she feuded with costar Lala Kent during the last season of the hit Bravo show, Miz Maloney says they’re doing SO MUCH better this time around!

“At the reunion back in February, we squashed it and I kind of had a moment of clarity, especially after the wedding [and I] kind of just felt this release of everything, kind of like I’m not this person, I don’t want beef with her, I don’t know her. And so it’s really felt good and getting to know her has been really nice and eye-opening… We actually get along a lot better than I thought we would.”