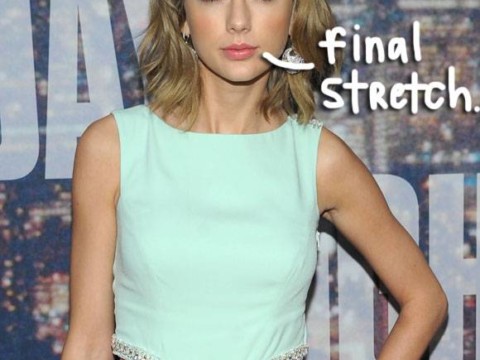 Week one of Taylor Swift‘s trial against radio host David Mueller is almost in the books.

On Friday, the 27-year-old singer’s sexual assault lawsuit against the Denver DJ (who is denying all accusations and suing Tay for slander) continued with more testimonies from both sides of the aisle.

First to take the stand was Swift’s bodyguard Gregory Dent, who allegedly witnessed the incident first hand back in 2013.

According to BuzzFeed News, Dent told the court he “knows” he saw Mueller put his hand under Taylor’s skirt before taking the now-infamous photo. He went on to add:

“I didn’t do anything because sometimes she said I was a little too mean … I can’t tell you how long his hand was there. I just can tell you he put his hand under her skirt, she pushed it down, and jumped.”

When Mueller’s attorney asked Dent why he didn’t do anything after seeing what happened, the security professional said:

“I take my cues from her and she continued with the photo.”

The next person to take the stand was Mueller’s former KYGO co-host Ryan Kliesch, who said he had never witnessed the DJ being disrespectful to women.

It only takes once, buddy.

Anyway, next up on the stand was Mueller’s ex-girlfriend Shannon Melcher, who was also pictured in the meet and greet photo with Swift and Mueller.

Melcher testified that “the photo happened very quickly” and she wasn’t “paying attention to what [Mueller] was doing.”

“I did not, of course I was facing forward, I don’t have eyes in the back of my head.”

The trial is ongoing. More details to come…

Taylor Swift’s Groping Trial Continues — Everything You Need To Know From Day Five In Court!

Aaron Carter Is Back In Rehab After Briefly Leaving To Take Care Of ‘Legal...