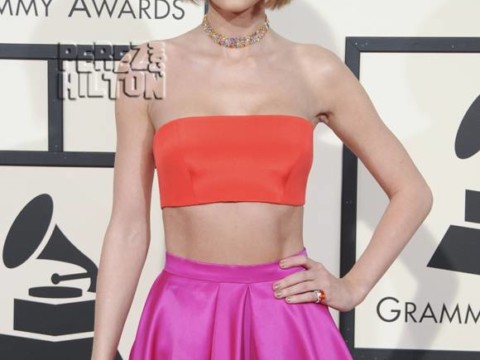 We WILL be seeing you all next week!

As you surely know, Taylor Swift has been going head to head against a Denver based DJ, named David Mueller, in court. In case you forgot, the A-lister has accused Mueller of sexually assaulting her as he allegedly “grabbed her ass” during a meet and greet back in 2013.

The feud between Mueller and Swift intensified when the disgraced DJ sued Swift for slander and the Blank Space singer responded with a sexual assault and battery countersuit. While the radio professional maintained his innocence throughout the course of the trial, the pop star testified under oath that David “grabbed [her] bare ass.”

Both Swift and Mueller’s legal teams made their cases to the jury this week. In a twist on Friday, Taylor’s team asked Judge Martinez to dismiss the case because they never directed Mueller’s employer to fire him.

After about twenty minutes of deliberation, the judge was unable to come to a conclusion as to whether Taylor should be released from the case and the jury was dismissed — court will resume with the jury on Monday morning.

However, a decision is expected sometime today from the judge on whether or not Taylor will be dismissed from the lawsuit against her:

This officially concludes the evidentiary part of the trial and the jury will hear closing arguments next week. Since Taylor countersued, even if she is dismissed, court will have to resume to handle that part of the case.

There you have it…for now!

Everyone President Donald Trump Has Fired, Forced Out, Or Thrown Under The Bus!