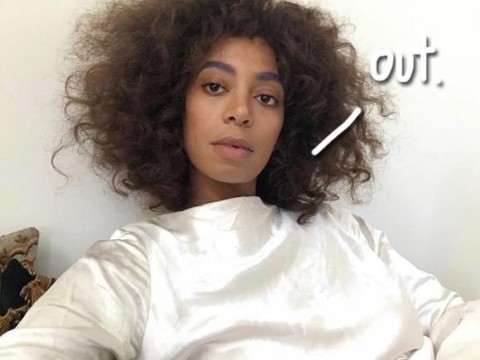 We all know not to mess with Solange. (Especially in an elevator.)

But on Tuesday evening, shortly after Donald Trump‘s disgusting press conference, the Cranes In The Sky singer had had enough.

Frankly, this all is exactly what Trump should have done.

Here is a screen grab of Solange’s final tweet:

Takiyah Thompson was arrested after climbing a Confederate statue in Durham, North Carolina, helping to pull it down.

Considering they’re all coming down anyway, we think this should be considered civil disobedience at the very worst, but she’s being charged with two felonies and two misdemeanors related to destruction of property and rioting. Ugh.

Note: Thompson has already been released from jail, but we’re guessing she has a long legal battle ahead.

Related: Obama’s Response To The Charlottesville Rally Is Now The Most Liked Tweet Ever

And here was what she posted (then deleted) on Instagram just after.

So awful that in Trumpmerica an angel like Solange is made to feel this way.

Well, just know that we’ll have your back just as soon as you decide to #return, gurl!