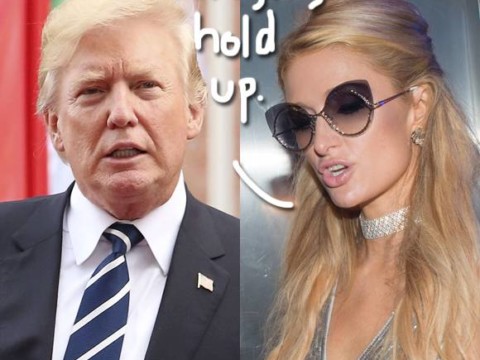 Many fans were understandably outraged on Monday after Paris Hilton declared in an interview with Marie Claire that Donald Trump‘s “grab them by the pussy” comments were “just one of those things” men say.

She even said she thought the women who accused POTUS of sexual assault were “just trying to get attention and get fame.”

Well, shortly afterward, we heard from an inside source that the interview was recorded over a year ago and that Paris does NOT feel the same way about Trump anymore.

And on Thursday Paris confirmed that with an official statement. She told TooFab:

“I want to apologize for my comments from an interview I did last year. They were part of a much larger story, and I am regretful that they were not delivered in the way I had intended. I was speaking about my own experiences in life and the role of media and fame in our society, and it was never my intention for my comments to be misapplied almost a year later.

I always believe in helping women have their voices heard and helping create an environment where women feel empowered and believe in themselves. I am deeply hurt by how this has played out and also deeply sorry. Moving forward I will continue to do what I can to be an advocate for girls and women with the hopes of providing a louder voice for those who may desperately need it.”

Well, we’re glad she’s on the right side of things now.

But if this interview had come out a year ago, it’s not like ANY of what she said would have been OK back then either. It’s just that Trump is even more hated than ever before.

What do YOU think about Paris’ comments??