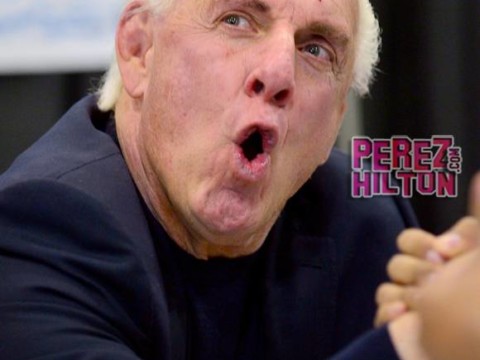 We are so pulling for Ric Flair today.

The wrestling legend known as “Nature Boy” is in critical condition after undergoing surgery earlier this week.

But marketing manager and close pal Cameron “Cam” Fordham wants fans to remember that Flair “is a fighter.”

In a statement to People, he says:

“Ric has shown that his whole life. Sixteen championship titles was not a walk in the park. Guy has been struck by lighting and survived a plane crash, so let’s not count him out one second.”

Cam is right. Let’s all cheer for the man to kick out of this before the three-count! He adds:

Heck yeah we are!

Keep The Prayers Coming For My Brother @ricflairnatureboy ?A post shared by Cam Fordham (@camfordham) on Aug 15, 2017 at 2:36pm PDT

Cam also wants people to know the other side of the Nature Boy, the one he spends time with on a regular basis.

“He has one of the biggest hearts. He has helped so many people and he doesn’t expect anything in return. He is like a big kid and reminds me daily that he has more ‘swag’ than me.”