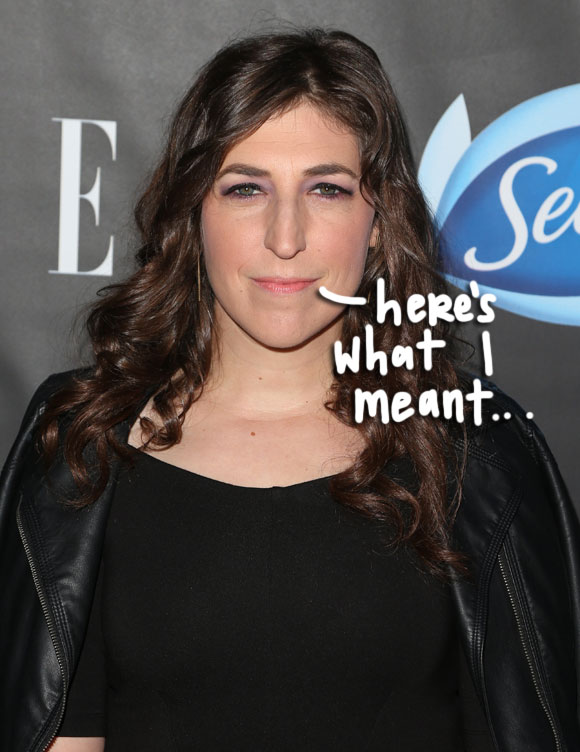 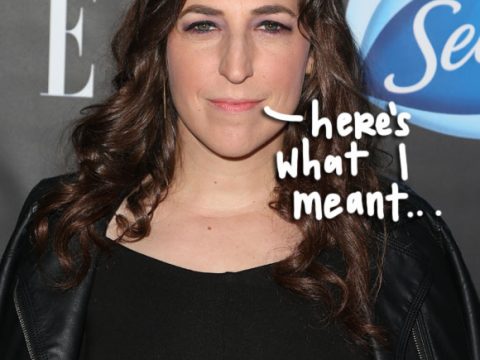 As you know, Mayim Bialik published an op-ed in the New York Times over the weekend in response to the Harvey Weinstein scandal in which she suggested women who “dress modestly” are less likely to encounter sexual harassment, based on her experience.

The backlash was immediate.

In attempt to clear the air, the Big Bang Theory actress participated in a Facebook Live on Monday to explain her controversial stance.

“Well obviously it’s been a very exciting and complicated handful of days. You know I think ultimately and first and foremost I wanna say how honored I am to write for the newspaper that my father taught me to read newspapers from. My father died two years ago and I would like to think that he is very proud and probably critical of what I said or how I said it. But it’s a real honor to be a part of this conversation in a publication that literally I grew up reading. And I think especially I feel really honored to be a part of this conversation about the exploitation of women in the industry that has employed me since I’m 11 years old. I tried to write a very specific piece and I’m very honored to be a part of that conversation … I’ve gotten a lot of really, really, really positive reception—which honestly I was very surprised how passionately people felt about it. And yes I have stayed off social media, but it has become clear to me that there are people who think that I either implied or overtly stated that you can be protected from assault because of the clothing you wear or the behavior that you exhibit. That is absolutely not what my intention was and I think that it is safe for me to start this conversation by saying, there is no way to avoid being the victim of assault by what you wear or the way you behave.”

As for whether or not she was victim blaming in her piece, the celeb explained:

“I really do regret that this became what it became because literally I was trying to speak about a very specific experience I had in a very specific industry. I was not looking to speak about assault and rape in general. The only people who are responsible for their behavior in assault is the predators who are committing those horrendous acts … The only people I think who can turn this around are going to be the kind of women who have been coming forward and sharing their experiences as well as men who want to join this conversation with us about in particular the way women and men treat each other and in particular in Hollywood what that means for us who do make a living in that industry.”

She went on to reiterate that the way you dress has nothing to do with being assaulted — just that for some women that can offer a “layer of protection,” especially in Hollywood:

“I’m a human being and there’s a lot that I’ve chosen not to share but absolutely I am deeply, deeply, hurt if any women in particular who has been assaulted, or man, thinks that in any way I was victim-blaming… in 900 words, I did the best I could to describe an entire, very complicated dynamic that is really best left for a thesis or you know an hour-long talk and not a 900-word piece.”

You can watch the full interview (below):

Do U see where Mayim is coming from?? SOUND OFF in the comments (below)!