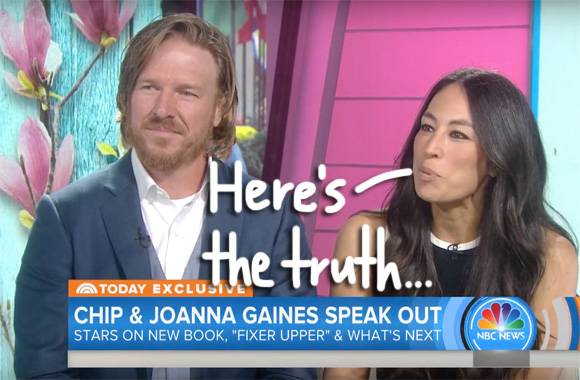 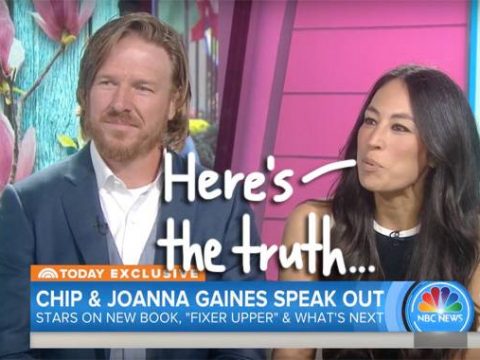 Soon after Chip Gaines and Joanna Gaines announced they were ending their hit HGTV show Fixer Upper, viewers started worrying that the two might have to do a little fixing up on their home front.

The Gaineses stopped by TODAY on Tuesday to promote Chip’s new book and reflect on their decision to walk away from their hit home renovation series.

Related: Are Chip & Joanna Holding Out For A Deal With Discovery?

When Savannah Guthrie brought up the speculation that the Gaines’ marriage was on the rocks, the duo confirmed that they’re “as healthy as they’ve ever been,” but Chip admitted that fans weren’t totally off with those theories.

“I’ll give [viewers] a little credence. There is always ‘What’s next?’ And for us, the most important thing in the world is Jo and I’s relationship, followed very quickly by these four beautiful kids. And we didn’t want to push it, red line it, for so long that we woke up and realized, we are at a point of no return. So, we wanted to take a step back and focus on the thing that was absolutely the most important thing to us in the world, which is Jo and I’s relationship.”

Joanna added that they also decided to make season five their last because of their “growing family.” The couple have four kids: 12-year-old Drake, 11-year-old Ella, 9-year-old Duke, and 7-year-old Emmie Kay.

Good to see they have their priorities in order!

Ch-ch-check out the interview (below) — which, for some reason, ends with Chip giving Matt Lauer a kiss!