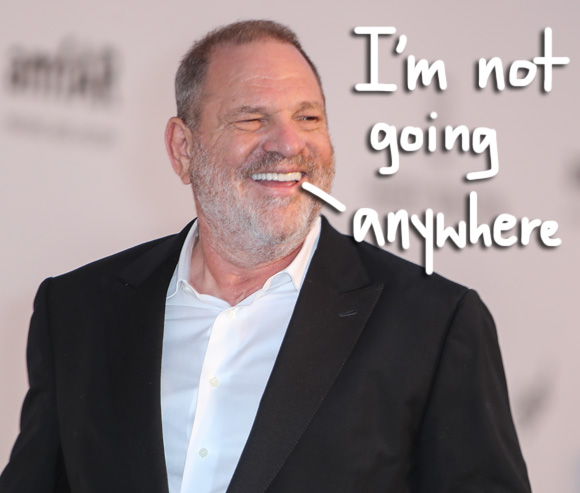 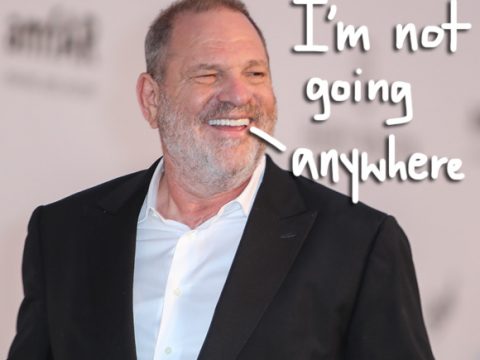 The disgraced producer may be on the way out of his own company, but he isn’t planning on leaving tinseltown for good. In fact, the alleged serial assaulter thinks industry creatives will seek him out once this pesky scandal blows over!

If that doesn’t showcase his persistence, Harvey is also refusing to give up on his future with The Weinstein Company — despite being fired from his position earlier this month.

The movie mogul is set for a Tuesday morning conference call with the Board of Directors to make the case that he was illegally fired and has a right to take back control. His lawyer Patty Glaser will be in the NYC meeting with the Board while Weinstein will be calling in via speakerphone.

TMZ sources say the pervy producer knows he’s “momentarily toxic,” but thinks writers, directors, and actors will seek him out again once things cool down. Due to his award-winning track record, the industry vet believes that TWC wouldn’t exist if it wasn’t for him.

But even outside of TWC, the producer believes he can easily return to making movies somewhere else. One insider explained:

“Harvey’s like Judge Judy. She can do her show for CBS, but if she wanted to go to NBC she can do it because it’s all about her.”

Eh. Judge Judy didn’t sexually harass half her defendants, so we’re not sure that comparison would hold up in court.

Speaking of court, Weinstein may end up in a legal battle with his former company if the Board of Directors does not let him make his case on Tuesday.

Apparently, there are whisperings that the Board may fire Weinstein as the first order of business and throw his lawyer out of the room before he even gets a word in. If that’s the case, sources say the producer will 100% go to arbitration or court.

Either way, things are about to get more dramatic than a Weinstein-produced picture.