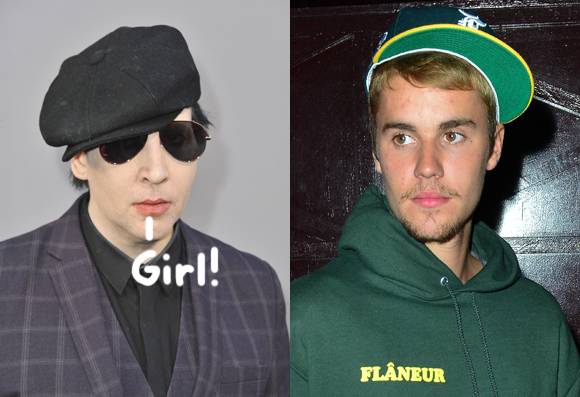 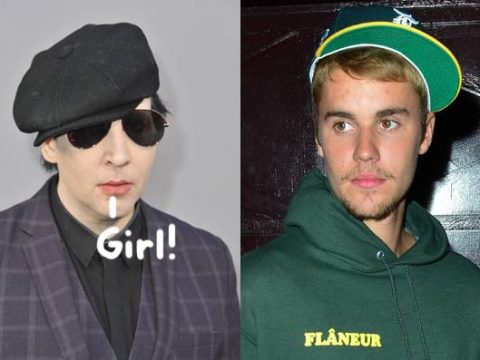 So much for a truce…

As we reported, Marilyn Manson and Justin Bieber seemed to reconcile after their t-shirt drama when the shock rocker told Howard Stern the Biebs apologized after reportedly telling Manson he made him “relevant again.”

Well, it appears their feud is still on!

Related: Evan Rachel Wood Defends Her Past Relationship With Marilyn

In a recent radio interview with Cindy Scull, the Antichrist Superstar shades the Love Yourself singer by calling him a “girl”! Manson said:

“Well he’s in some sort of sexual religious cult with an Asian version of Dave Navarro, apparently. The guy doesn’t wear a shirt… But no, I don’t like to fight with girls, so I don’t want to fight with Justin Bieber.”

When asked about the whole merch incident, the 48-year-old replied:

“I don’t know, because I don’t know how to use the mind of a squirrel.”

This isn’t the first time the rock star has used gender-based insults against the 23-year-old. In September, Marilyn told NME he thought JB was a woman when he first met him:

“I went to meet him at a bar. I saw a girl wearing a baby blue shirt and blonde hair. I was looking for Justin Bieber and then that was Justin Bieber. And then he said that he made me relevant and I said you’re never going to be relevant and then he ran over a paparazzi [sic] leaving church. So God bless him, I hope he does well.”

FYI: “Girl” isn’t an insult, so this shade is a big FAIL.