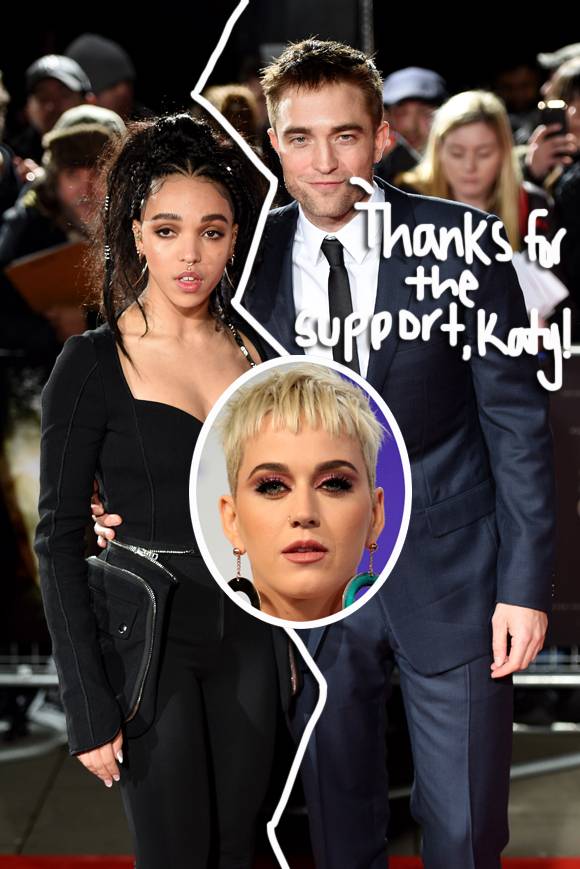 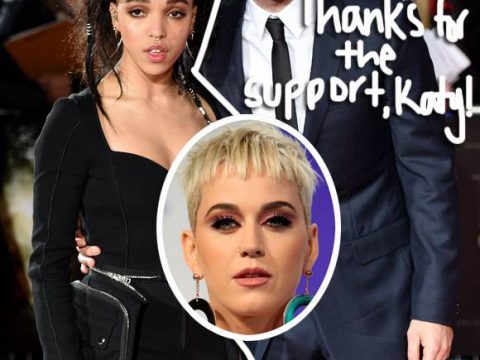 After three years together, Robert Pattinson and FKA twigs have split!

The two have been rumored to be on the outs for a couple months now, but E! News is finally confirming it’s the real deal this time.

And as it turns out, the actor is already leaning on a good friend for support: Katy Perry!

Related: An Emotional Katy Helps Fan Propose To Her GF!

Speaking on the breakup though, a source confirmed Rob was the one to cut it off:

“Their travel schedules took a big toll on the relationship. Robert is the one who ended it. They bought a house together but then it was just not working out between them. She moved out.”

While another insider added their split was due to “timing issues,” the former couple “still have love for each other.”

So, how does Katy fit into the once-engaged couple’s love story ending??

A source divulged the Twilight star has been going to her for support, saying:

“Robert is not dating anyone now. He is just chilling. He is good friends with Katy Perry and talks to her about everything.”

And another explained just how the songstress has been there for the 31-year-old:

“Rob has been leaning a lot on Katy since his split with FKA Twigs. They talk on the phone regularly and make sure to see each other when they both aren’t away working. Katy has always been a good friend to Rob over the years and has been there for him emotionally. They have many common interests and also both know how to have fun and party. Although they have been flirtatiously romantic, they have still remained good friends. Rob loves that Katy is a free spirit and she has given him good advice when it comes to relationships.”

As you may have seen, Rob and Katy were spotted getting cozy during a dinner in West Hollywood back in August, reigniting rumors of a new relationship.

But as the source continued, the performer just wants to give her friend her support:

“Since Katy has been busy on tour, her and Rob will FaceTime and text when possible. She wants to make sure he is doing OK. Rob knows how good of a friend she is and he was also there for her when she was going through her divorce. They lean on each other.”

Calling off a relationship and a wedding can’t be easy for anyone!

We wish Robert and FKA the best during this difficult time.