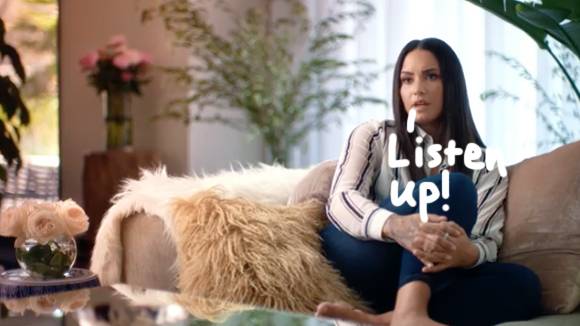 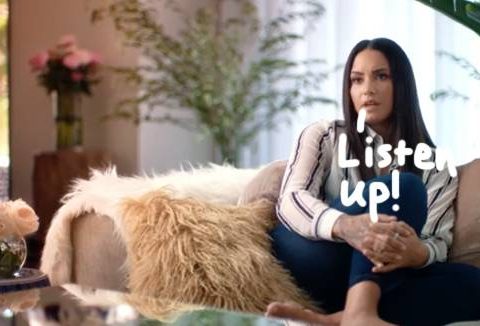 Nobody said being a pop star would be easy…

On Tuesday, Demi Lovato premiered her new documentary Simply Complicated, and the 78-minute film explores everything from the singer’s drug and alcohol addiction, to her bisexuality.

Related: Demi Lovato Recalls Being Banned From Seeing Her Sister

At only 25, the musician has lived quite a life, and in her new flick, she bares it all for her fans.

Ch-ch-check out the full clip (below):

Here are the 7 most revealing moments from Simply Complicated:

“My first time doing coke I was 17, working on the Disney Channel and I was with a couple friends. I was scared because my mom always told me your heart could just burst if you do it but I did it anyways and I loved it.”

2. The Jonas Brothers Helped Her Get Sober

According to Demi’s manager John Taylor:

“It was actually the Jonas Brothers waving the flag, and saw Demi veering in a different direction.”

“While we were on tour Demi and Joe [Jonas]’s relationship had become really complicated so I was playing the bridge… It became really good you know between she and I for a while and growing closer than we’ve ever been. I remember thinking in my head I felt a bit of pride about it, like selfishly maybe I was helping her back to being the Demi we know and love. She’s not going to do anything crazy, she’ll be fine and then this episode happened.”

The “episode” is when…

3. Demi Attacked Her Dancer For Outing Her Adderall Usage

“I was in Colombia, on the Camp Rock 2 tour and I invited a bunch of people to dinner. I paid for all the alcohol, someone ended up getting weed, I was on Adderall and we had trashed the hotel… The hotel was threatening us, they went to some of the dancers and asked what happened. And I think they told on me for using Adderall. Someone told Kevin Jonas Sr., Phil [her manager] and my dad… I was very upset, now it was out I was on Adderall. The next day I was in a lot of trouble, I remember going to Kevin Sr. and saying, ‘Listen, I want to thank whoever told on me because I know they were just worried about me and I just want to know who told you’… I manipulated him into telling me who it was and he said it was Shorty. When he said Shorty, I remember thinking, I’m about to beat this bitch up. She had already boarded the plane, I just went up to her and it was like a blur.”‘

After the attack, she remembers:

“Everyone was freaking out. I just remember sitting down, texting my mom I’m sorry. and I slept the whole day. I just came to the breaking point.”

Although they announced their break up in June 2016, Demi says:

“I’ve never loved anybody like I loved Wilmer and I still love him… I met him on Jan. 11, 2010. I thought ‘I have to have him,’ but I was only 17 and he was like, ‘Get away from me’… When I turned 18 we started dating. I think it was love at first sight, we connected on a level that I’ve never connected with anybody before, he was just my rock, my everything.”‘

After breaking up with the That ’70s Show alum, the singer admits she purged to deal with her emotions.

“When I was in a relationship with Wilmer I went three years without purging and when we broke up that’s one of the first things I did… The less I have to think about food, the easier it is to go about having a normal life and I don’t want to let anybody down so when I do have moments when I slip up, I feel very ashamed. What started the relapse was missing Wilmer. And when I feel lonely my heart feels hungry and I end up binging.”

She confesses “food is still the biggest challenge in my life.”

6. Yes, She Likes Both Men AND Women

“I am on a dating app with both men and girls… I am open to human connection so whether that’s through a male or female, it doesn’t matter to me… I do like athletes, there is something sexy about someone putting in all of their physical strength into their passion.”

7. Demi Lived In A Sober Living Home While She Was A Judge On The X-Factor

“While she was a judge, she’s living in a sober apartment with roommates… She’s having to do chores. She has no cell phone. She’s completely and totally submitted to the process of recovery.”