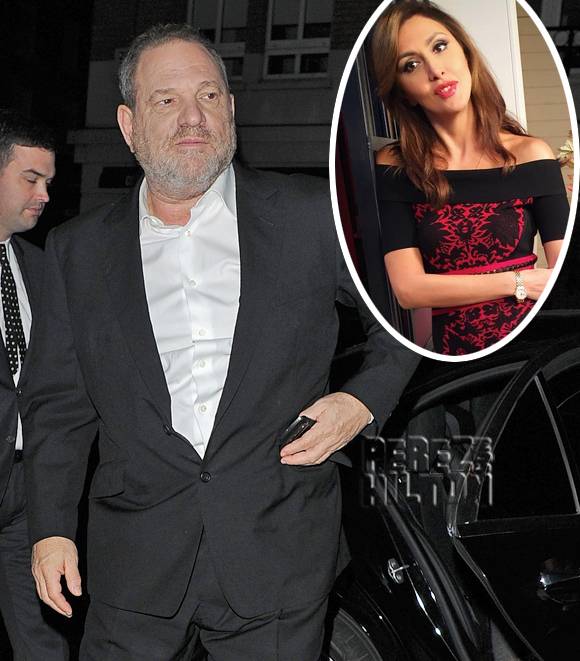 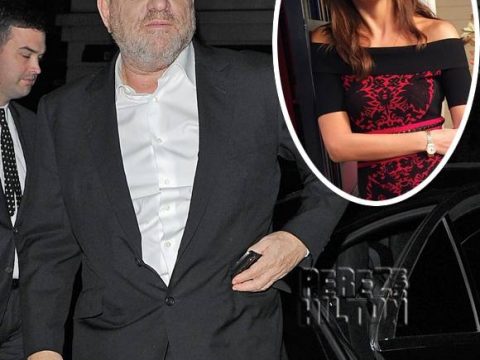 Harvey Weinstein may soon have nowhere to run.

We already know the infamous Hollywood heavyweight is being investigated for sexual assault in the U.K. with its lack of statute of limitations. He may even have to answer for the 1997 accusations of Rose McGowan thanks to a legal loophole in Utah.

But according to the latest reports, he is now being investigated in his own city.

Related: All Women Who Have Accused Harvey Weinstein So Far

The LAPD confirmed an Italian model-actress (who wished to remain anonymous) has officially become the sixth woman to accuse Weinstein of rape or forcible sex acts.

The now-38-year-old tells the L.A. Times she met Weinstein for only the second time at the Los Angeles Italia Film, Fashion and Art Fest in February 2013. After they spoke briefly at the fest, he showed up “without warning” at her hotel lobby asking to come up. She said no, but he got her room number and came up anyway, soon bullying his way in telling her he “just wanted to talk.” But he didn’t:

“Once inside, he asked me questions about myself but soon became very aggressive and demanding and kept asking to see me naked. He grabbed me by the hair and forced me to do something I did not want to do. He then dragged me to the bathroom and forcibly raped me.”

She says she tried to stop him by showing him photos of her children, but it didn’t do any good. In all, she says, the encounter lasted 45 minutes:

“When he left, he acted like nothing happened. I barely knew this man. It was the most demeaning thing ever done to me by far. It sickens me still. … He made me feel like an object, like nothing with all his power… All these years I’ve been thinking why I didn’t call the police immediately. I regret that I opened the door.”

Today also brings yet another new accusation from Russian TV host Katya Mtsitouridze (above, right), who recounted to The Hollywood Reporter an incident with Weinstein 13 years ago:

“I first met Mr. Weinstein in the Regent hotel at the Berlin film festival [in 2003], where I was doing a television interview with George Clooney for Channel One. Harvey was co-producer of Clooney’s directorial debut, Confessions of a Dangerous Mind. After the interview, he came up to me saying that he liked my questions and would love to have lunch in his room — that he loved Russian culture, especially Chekhov, and that his grandparents were originally from Russia — and that we could have an interesting conversation. I was surprised and told him, rather ironically, that, of course, it would be an honor, but I was afraid my boyfriend would not be happy about our cultural tete-a-tete, but if he wished to invite him, there would be no problem.”

Harvey didn’t like that, says Katya, so instead he gave her his number and over the next few months whenever their paths wold cross at junkets, he would remind her to call him.

But it was at the Venice Film Festival in 2004 that Katya says she got the full Weinstein.

He invited her after a screening of Finding Neverland to discuss an idea he had for modern Russian writers. Katya thought it was legit since he was a publisher as well — but again she refused to meet with him alone in his room, instead telling him to meet her at the Excelsior hotel cafe, a public place full of industry professionals.

When she got there, Harvey’s assistant showed up instead saying he wasn’t feeling well, so could she meet him upstairs. She was hesitant but “the assistant said that he would be joining us, so I went up.” That’s when the assistant “instantly disappeared,” and Katya met the real Harvey:

“I was frozen into immobility like a statue, because a well-known producer with whom I’ve come to discuss modern Russian writers, was in a bathrobe.”

He apparently told her his masseuse was late but that they could have fun while he waited. She also remembers him saying:

Though she doesn’t know if he meant massage or not.

She says she wondered if the press junket down the hall would hear her screams when she was saved “like a scene from a bad movie” when a waiter returned to the room with a bucket of champagne. She used the opportunity and made a swift exit.

She saw Harvey again around a decade later at Cannes, when the two were introduced by a mutual acquaintance who didn’t know they had met. She says she was nervous but recalls:

“But Harvey, acting as if nothing had happened, kissed my hand and said quietly so that only I could hear: ‘Don’t even think about saying anything. Forget all about it. Be a smart girl.'”

She never did say anything. But she is now. And so are a lot more women.