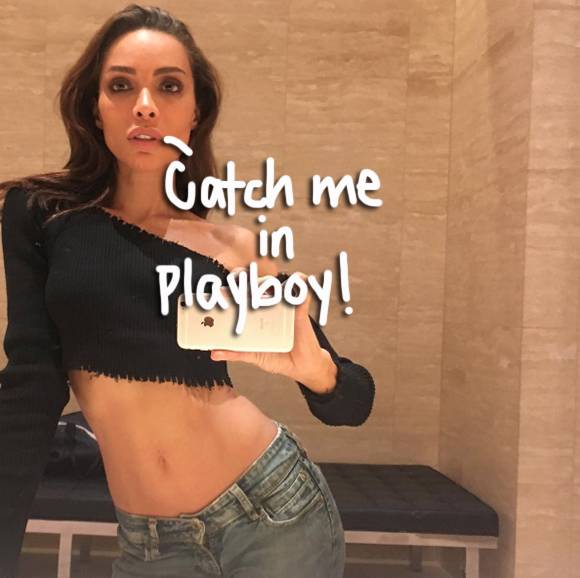 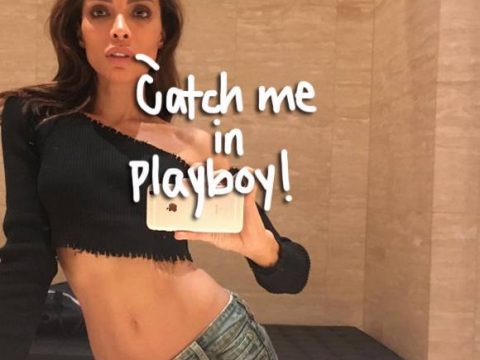 Playboy is celebrating a lot of firsts with their November/December issue!

Not only did the magazine unveil their cover of Hugh Hefner, marking the first time a man has ever posed solo on the front page without a female, but on Thursday, they also revealed their first transgender playmate!

Ines Rau has posed for the glossy before, but to be the November playmate, that’s a huge deal!

Talking about being picked, the Parisian model told the mag:

“When I was doing this shoot, I was thinking of all those hard days in my childhood, and now everything happening gives me so much joy and happiness. I thought, Am I really going to be a Playmate—me? It’s the most beautiful compliment I’ve ever received. It’s like getting a giant bouquet of roses.”

The 26-year-old also opened up about learning to loving herself:

“I lived a long time without saying I was transgender. I dated a lot and almost forgot. I was scared of never finding a boyfriend and being seen as weird. Then I was like, You know, you should just be who you are. It’s a salvation to speak the truth about yourself, whether it’s your gender, sexuality, whatever. The people who reject you aren’t worth it. It’s not about being loved by others; it’s about loving yourself.”

And she explained what it means to be a woman:

“Being a woman doesn’t mean being extremely feminine all the time. Being a woman is just being a woman. I always knew from within, when I was a little kid in my room in the ghetto, that a beautiful destiny was waiting for me. I don’t know how to explain it. A little voice was telling me, ‘You’ll see. Patience.'”

Ines also shared her real thoughts on nudity, as she does pose nude in the issue:

“Nudity means a lot to me, since I went through a transition to get where I want to be. Nudity is a celebration of the human being without all the excess. It’s not about sexuality but the beauty of the human body, whether male or female.”

Be sure to glimpse her seXXXy spread (below) and let us know what U think!

Meet your November 2017 Playmate, @supa_ines. “Nudity shouldn’t be taboo. Nudity means a lot to me, since I went through a transition to get where I want to be. Nudity is a celebration of the human being without all the excess. It’s not about sexuality but the beauty of the human body, whether male or female.” ? by @derekkettelaA post shared by Playboy (@playboy) on Oct 18, 2017 at 2:38pm PDT